Online Business: How to Utilize Your Social Networking Sites Properly Facebook, Twitter and Google+—these three major social players aren’t just places to drop your ad and service update bombs. In Internet marketing, social networking sites are a sacred place to position yourself in the market without even mentioning that you sell a thing like this or that.

As much as possible, screen your promotion

Yes, they are for ads, yet for witty and relevant ads only. Since social network users today are more hesitant on entertaining online businesses’ ads because of the ubiquitous spams and frauds that came out in Facebook and Twitter these past few years, be sure to scrutinize, censor, and screen your ads before dropping it on your update type box. Don’t over-promote, and don’t force people to get your service as if buying from your company is a mandatory thing. Also, let your followers and friends know the goal and point of your promotion and let them know if you are talking about yourself, your product, or your goals. These things should always be separated from each other, for mixing them up is like messing up your entire social network strategies.

Don’t be self centered, you are in a business relationships

Relationship is about mutuality, thus talking about yourself and business all the time turns off customers and followers. Always remember that you are in a serious business relationship on a very public platform called social media site where everybody is seeking for attention. You should participate as well in you networks conversation, be part of “the network”, and act like one of them. Not all marketers do this, but in my observation, those who level themselves with their customers are those who gain bigger and wider conversion, not to mention that some of them become their real business partners as well. 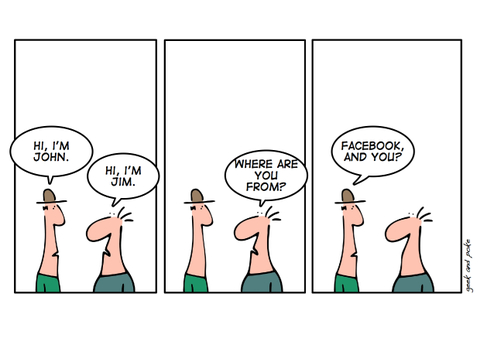 Not all people have this ability to mingle with virtual people on Facebook and Twitter for at least 5 straight hours. For some, social networking is one apathetic thing to waste their day. Yet of you are serious with your business, you’ll have to allocate at least an hour or two every day to catch up with what’s going on in your network, if there’s a new buyer or none , or to monitor the entire flow of your social network strategy.

Treat your network as real people

Although your relationship with your customers happens only in the constraints of the Internet, always remember to treat them as real people. People on these sites have feelings, too, and as a responsible social media user and business owner, you choose proper language and approach every time you deal with them. Always observe timing, courtesy and respect.